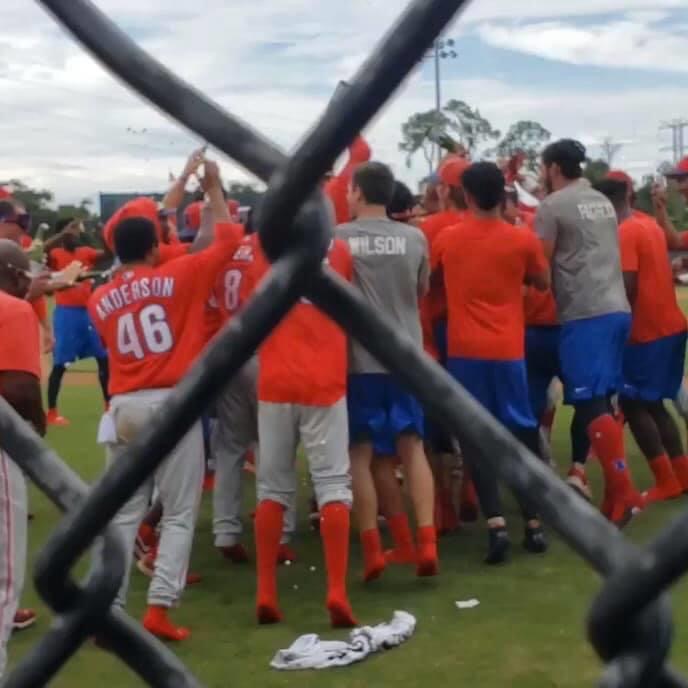 I thought I’d change it up a bit and instead of looking back into the Phillies game Archives I’d do a historical review of the current Phillies Minor League teams. May be of interest to some of you at least ... here’s what I’ve found ... starting with the Gulf Coast League

The current version of the Gulf Coast League was formed in 1966. There had been three prior iterations dating back to 1907-1908, 1926 and 1950 -1953. The present form of the league began in 1964 with 4 clubs and was known as the Sarasota Rookie League, it expanded in ‘65 to six teams and was renamed the Florida Rookie League. It became the Gulf Coast League a year later.

The Phillies participation in the GCL began with the 1984 season with Roly De Armas at the helm. They didn’t field a team again in the GCL till the 1999 season ... a 15 year gap. During that time the Phillies maintained their stateside “rookie league” development in different forms ... first with an extra A level club in 1985 ( 3 teams that summer ) - the first year the Clearwater Phillies franchise played in the Florida State League, then with two teams in short season play ( Bend, OR & Utica, NY - 1986-1987 , Northwest League & NY Penn League ) followed by a club in Martinsville, VA ( 1988-1998) as a member of the Appalachian League. Prior to 1984 Helena, MT ( Pioneer League ) served as the “Rookie League “ affiliate from 1978 to 1983 with Pulaski, VA ( Appalachian League) having that distinction from 1969 to 1975.

I’ll expand more on classification structure when I write another article later this week on Phillies previous affiliates and minor league classifications such as “B, C, D, etc”.

If they play ball this year will become the 23rd season in the GCL for the Phillies.

The Phillies expanded to two GCL teams ( East & West ) in 2018 with Prada and Reyes thus far being the only two managers of the West team ... this year Bobby Wernes will manage Team West ... Roly De Armas is the sole manager in Team East’s history and is slated to skipper his 17th GCL season this summer.

2008 - Managed by Roly De Armas - 33-25 record - defeated Nationals in Championship Series 2 games to 1 - five players ( not including rehab short term assignments ) on the roster reached the major leagues - SS Lendy Castillo ( went to majors as a pitcher ), OF Anthony Gose ( now a pitcher ) and pitchers Tyler Cloyd, Yohan Flande and Trevor May.

The Phillies GCL team with the highest winning percentage was the 2016 club with a 43-15 record ... they went to the Championship Series but succumbed to the Cardinals 2 games to 1 ... 20 players on that roster remain in the organization ( not including short term rehab assignments ) with 6 more presently active in other organizations.

Last season’s GCL West team qualified for the playoffs with a record of 33-15 but the playoffs were cancelled due to Hurricane concerns ... in my humble opinion they would have become the 2019 GCL champions.

A total of 68 Phillies GCL player alumni thus far have reached the majors ( not including short term rehab assignments )... here’s a list by roster year when they played in the GCL :

2008 Team : SS Lendy Castillo ( went to majors as a pitcher ), OF Anthony Gose ( now a pitcher ) and pitchers Tyler Cloyd, Yohan Flande and Trevor May.